In 2014, PSE completed the Agate Pass Transmission Tower Replacement Project which replaced two aging steel lattice towers (one on the Bainbridge Island side of Agate Pass and one on the Kitsap side of Agate Pass) that carried both supply lines to Bainbridge Island as a double circuit between the towers. PSE determined after inspection that the towers were near end of life and needed to be replaced for safety. The two towers were replaced with four steel mono-poles (two on both sides of Agate Pass crossing) and separated the two supply lines to Bainbridge on their own pole structures at the crossing. Separation of the two supply lines at the Agate crossing ensures improved reliability for Bainbridge supply because loss or damage to one of the crossing structures would not impact or cause an outage on both supply lines. 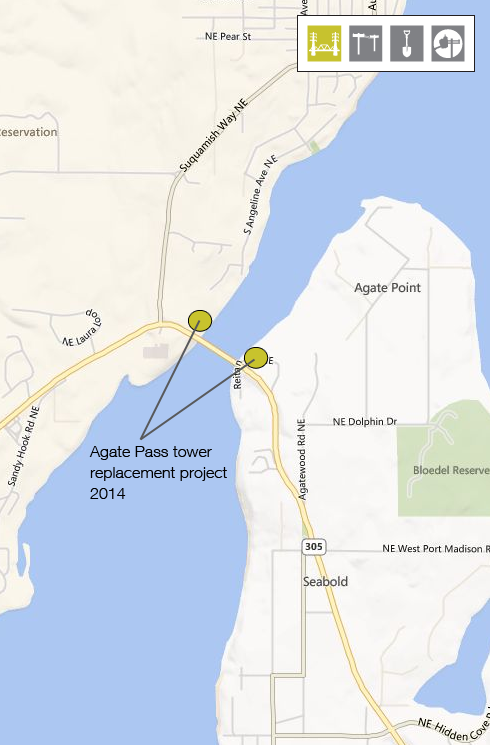